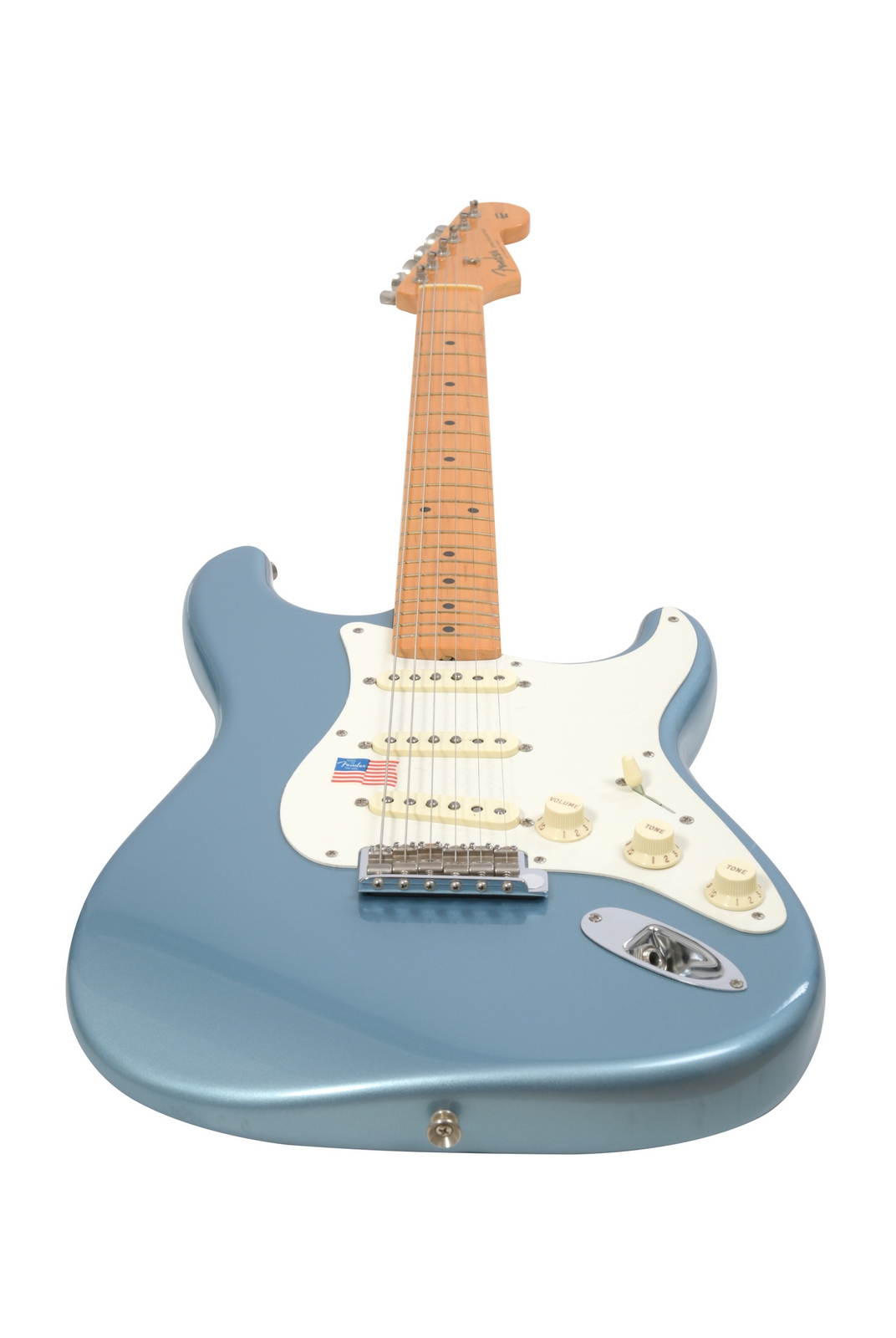 The Language of Music Objects From September 2018 to December 2021, the rock'n'popmuseum acted as associated partner in the research project “Music Objects of Popular Culture”, which was carried out as part of the “Language of Objects” funding scheme of the Federal Ministry of Education and Research (BMBF). Together with the Franz Liszt Academy of Music in Weimar and the Centre for Popular Culture and Music at Albert Ludwig University in Freiburg, the rock’n’popmuseum investigated the “language of music objects”: While Weimar focused on storage media (CDs, records, tapes) and Freiburg studied playback devices (music furniture, Walkman), the rock’n’pop museum dealt with musical instruments (electric guitar, synthesiser) and recording media (mixing console) in the sub-project “Generators of Sound”. In each case, all project partners worked with affiliated or partner collections.

The aim of the project was “to explore the musical objects of popular culture in Germany from 1945 to the present day in their technical-historical and consumer-aesthetic diversity, to examine them in terms of their historically and socially changing potential for experience and to introduce them to innovative concepts of museum presentation":

1. The object: How does it feel? How does it work? What materials is it made of? Does it have any special features in design, functionality or handling that catch the eye? What traces of use can we find and what relationship to the user might they indicate? This makes “hands-on” research with and on the object unavoidable, even if it has to take place within the narrow framework of the conservation regulations for the collections.

2. Production and history: What cultural and technical concepts have been incorporated in the design? With what ideas of use was the device conceived, designed and advertised? In what market was the device positioned and how? Here, company texts, especially chronicles, but also "paratexts" such as signage, advertising brochures and manuals come into focus as sources.

3. Consumption: When and how was the equipment acquired, used, stored or collected? What influence did it have on musical practice and creation? How closely is it connected to the biographies, the lives of its users? Witnesses of that time are essential for answering these questions. This applies to the evaluation of so-called "first-person documents", such as old photos and videos, as well as to expert and narrative interviews.

“Through” the objects, conclusions and new insights into the (material) history and culture of popular music in Germany were to be gained. In selecting the devices studied, a balance was maintained between forms of use, decade, distribution (East/West) and associated music genres. Against this background, some instruments from the former GDR were also included in the rock'n'popmuseum collection.

However, the aim was not only to gain new insights, but also to make them accessible to the public. In addition to specialist articles and publications, an extensive project website was created which, alongside the case studies, also features people who talk about their special biographical or professional relationships with their “musical objects”. Another result of the research project with the aim of a broad public presentation of scientific findings is the publication "Pop Up, designing and realising exhibitions on popular music". “Pop Up“ is intended as an aid for exhibition organisers and those who want to become one. Authors from the fields of science and museum practice report on their research findings and how they are mediated in the form of pop music exhibitions. "Pop Up" is available in bookshops and can be downloaded via the link at the bottom of this page.