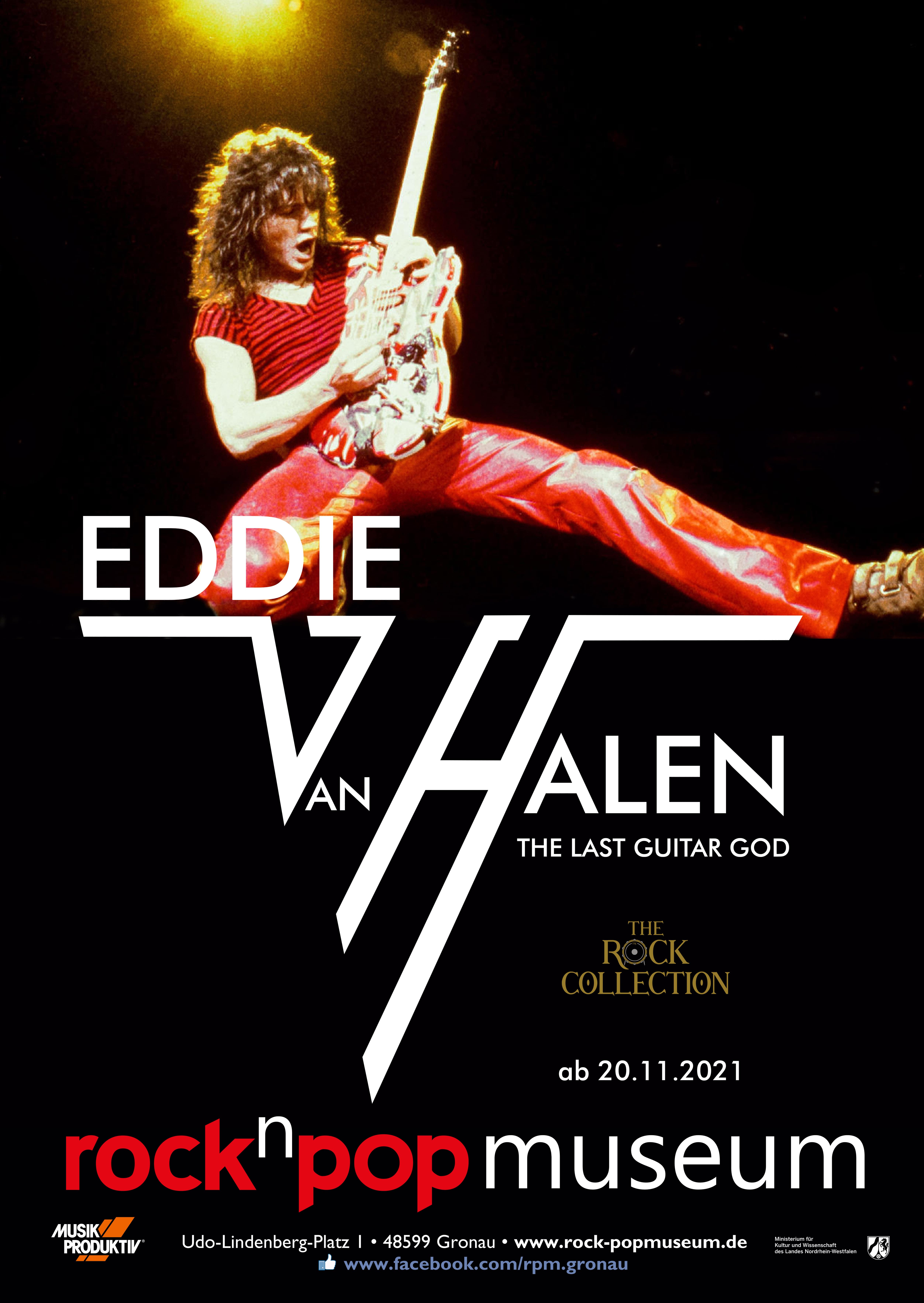 The Eddie van Halen exhibition is on its way back!

With the special exhibition, the Rock´n´pop Museum is presenting in collaboration with The Rock Collection (by Felix Lethmate) one of the last great string instrumentalists. The reason for the exhibition was initially the 65th birthday of the native Dutchman but also the unfortunate development that the importance of the musician’s craft is increasingly losing ground. The sad news of Eddie van Halen’s death on 6 October 2020 leaves the exhibition organisers devastated but it affirms their desire to pay a special tribute to this exceptional musician one more time and to commemorate his range of talents.

Eddie van Halen – he is rightly included as one of the most important electric guitarists of all time. In 1978 he astonished the music world with his awesome instrumental track “Eruption”. It celebrated him as a new star in the firmament of guitar gods. Despite all the laurels, Eddie van Halen remained driven and was always looking for the ultimate sound. He screwed and soldered, created new guitars, pickups and amplifiers. With his band he celebrated triumphs, swept the charts and filled huge stadiums. The Dutch guitarist, keyboard player and musical leader of the band Van Halen is known in the music world as the last guitar god and still inspires to this day with his unique guitar-playing technique.

As the eponymous band member, Eddie van Halen recorded his first chart hit “Jump” in 1984, which is still a must-play track at any good party. The inherent appeal and success of the title is derived from its harmonious combination of two dominant pop-music influences, guitar-based hard rock and synth-pop.

The exhibition will comprise five themes that present the life and works of the rock legend in a very special atmosphere. Special exhibits, concert recordings and private backstage shots are just a few highlights of the 220 square metre exhibition. In addition to Eddie’s life, his works and his band Van Halen, the focus is also on his unique guitar-playing and amplifier technique. Because this exhibition project is not to be interpreted as just a nostalgic reminiscence. It is also intended to motivate visitors to remember the guitar again and to learn to appreciate it anew.


to the Virtual Exhibition 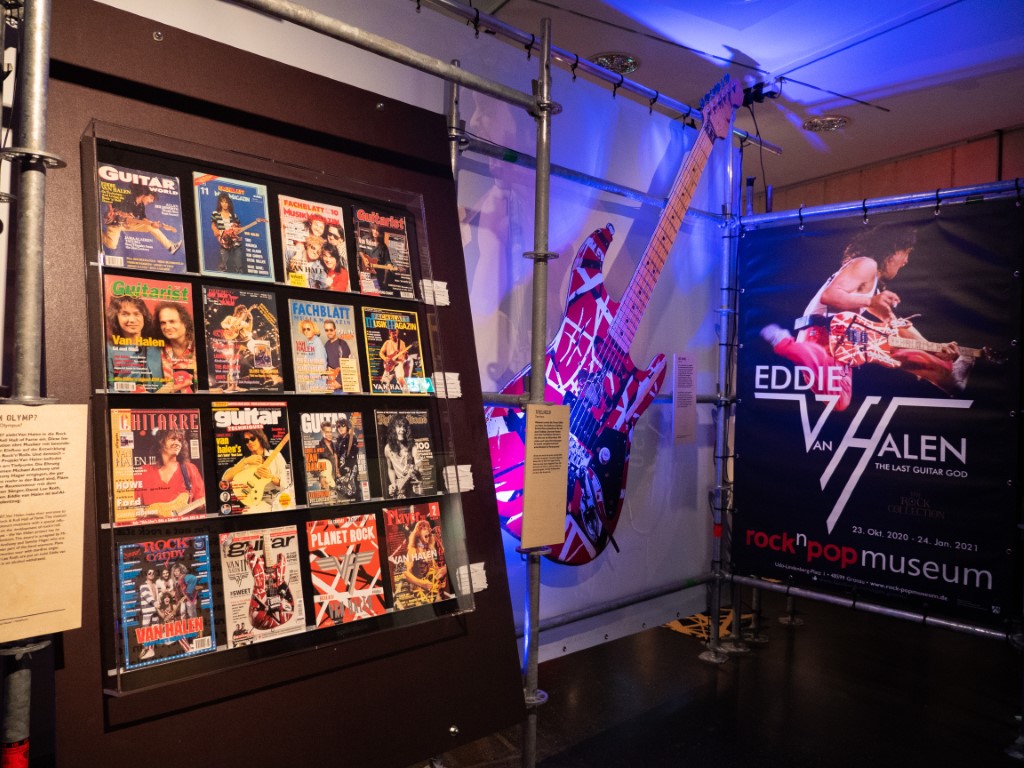 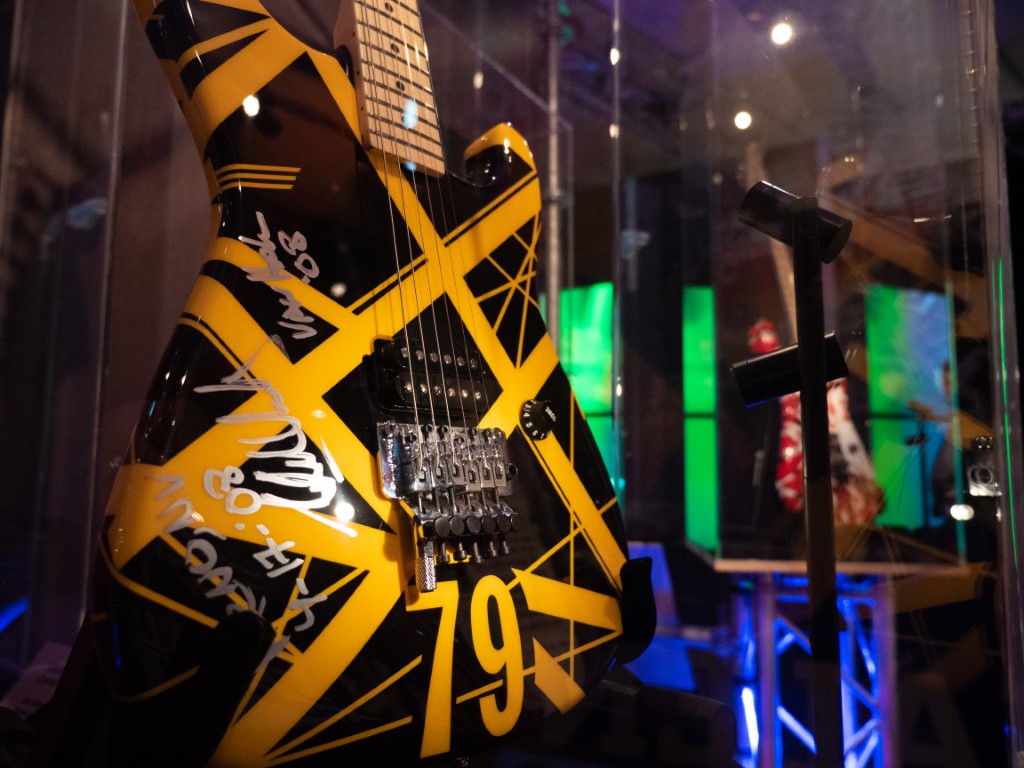 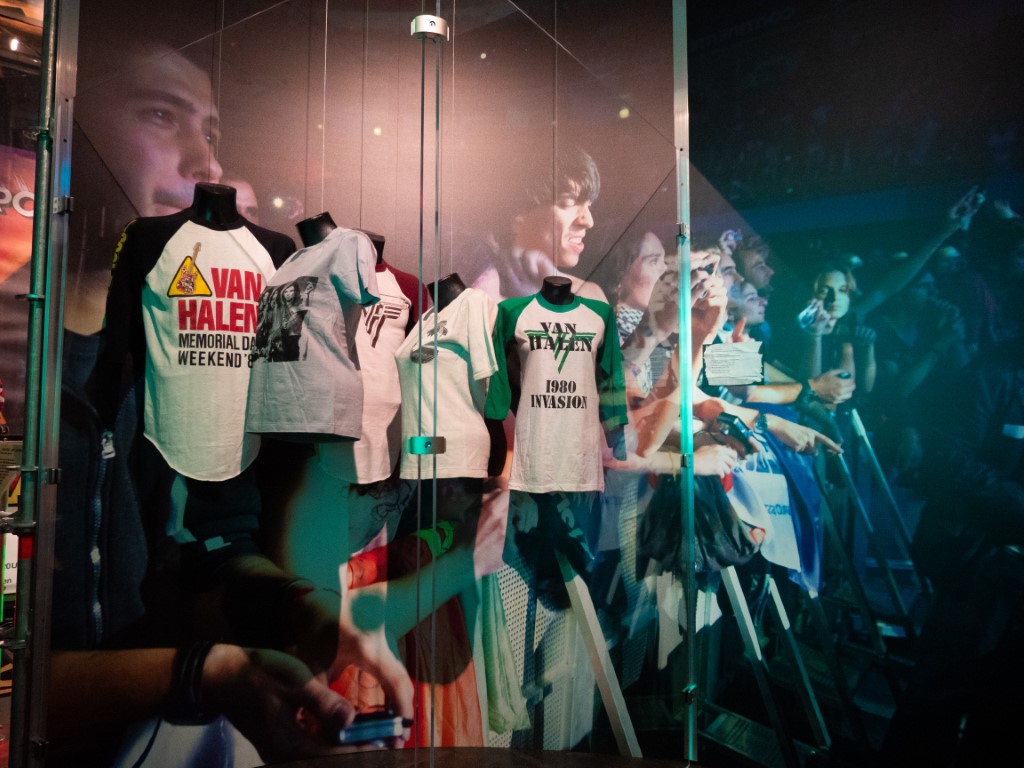 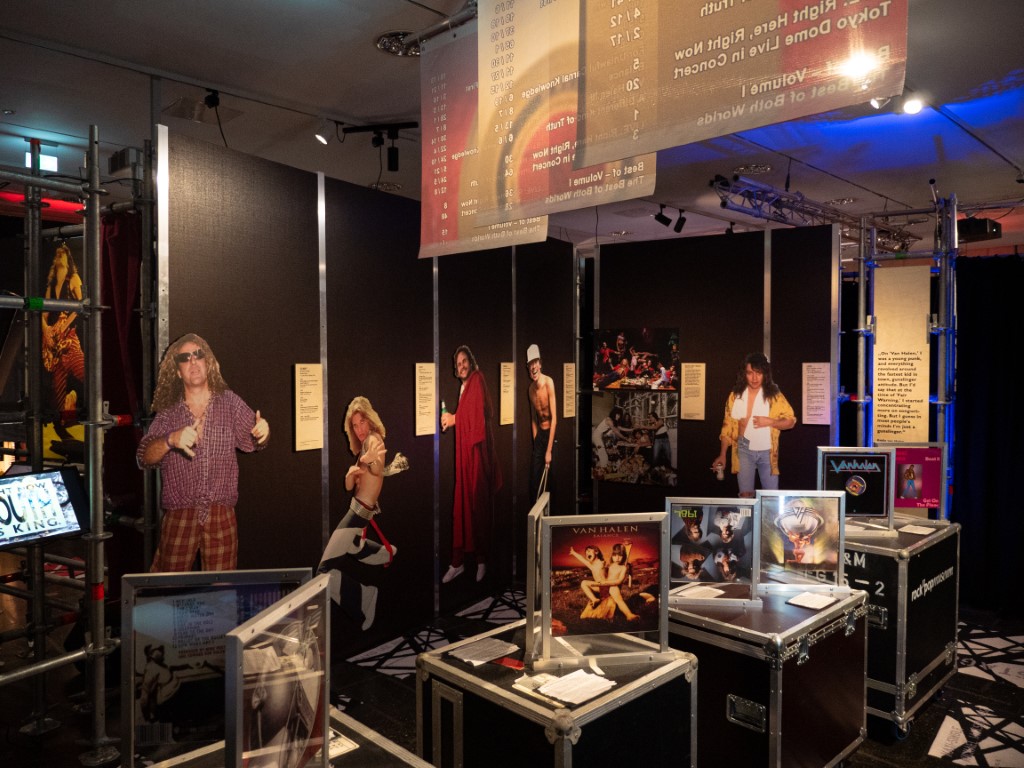 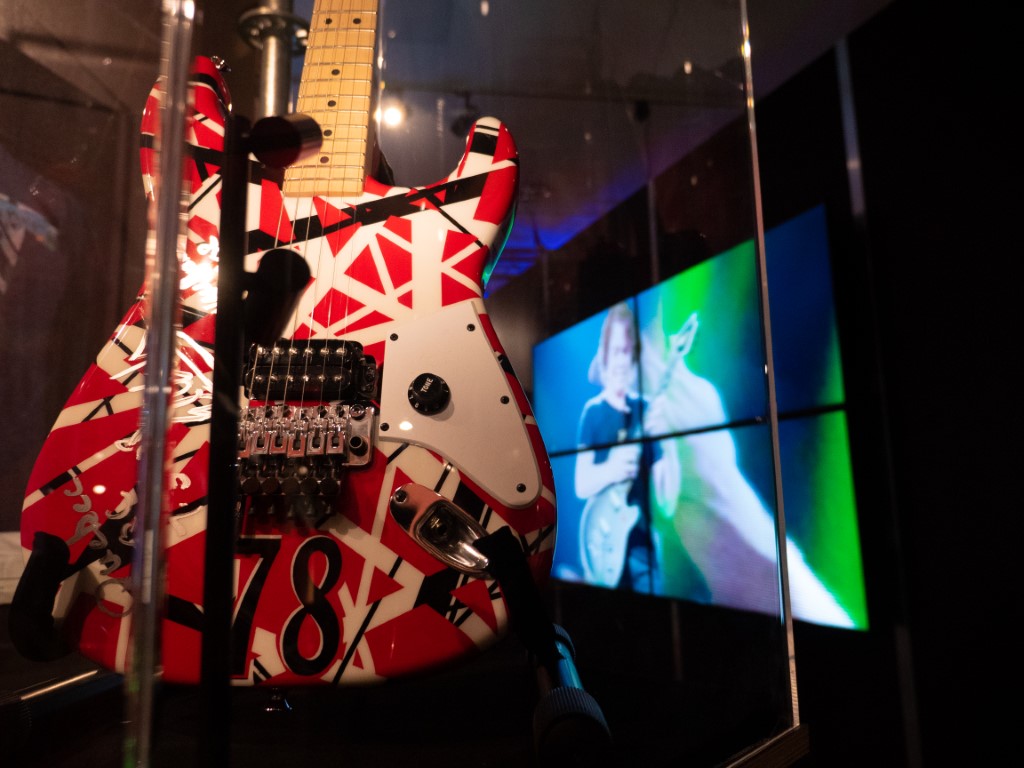 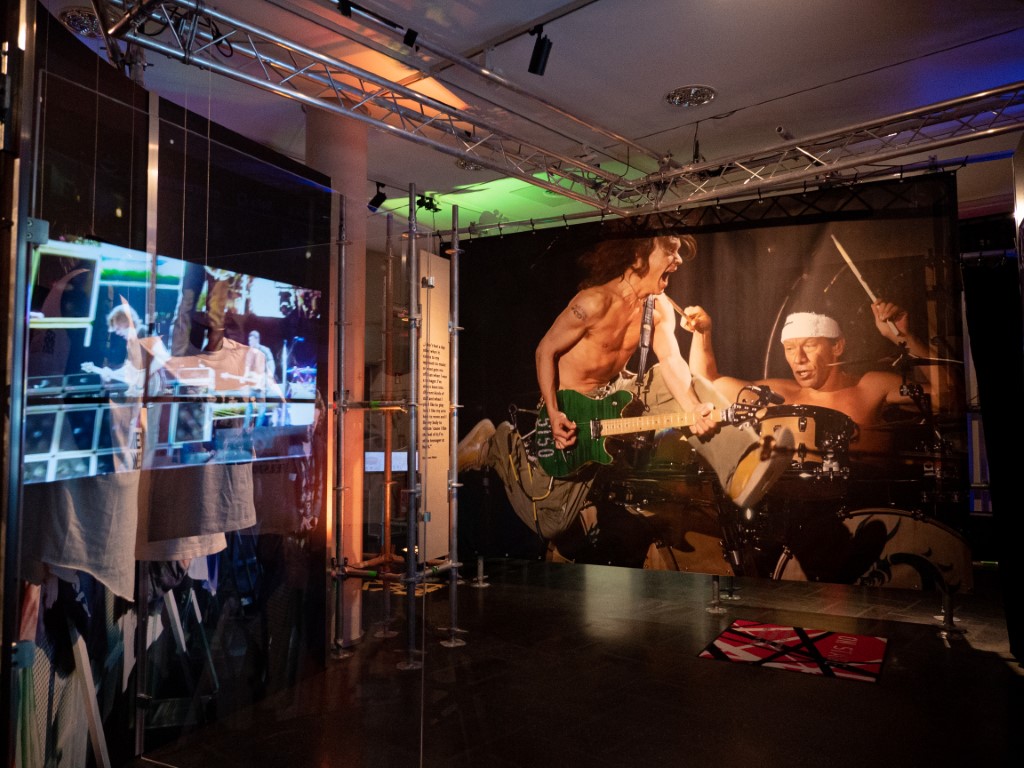 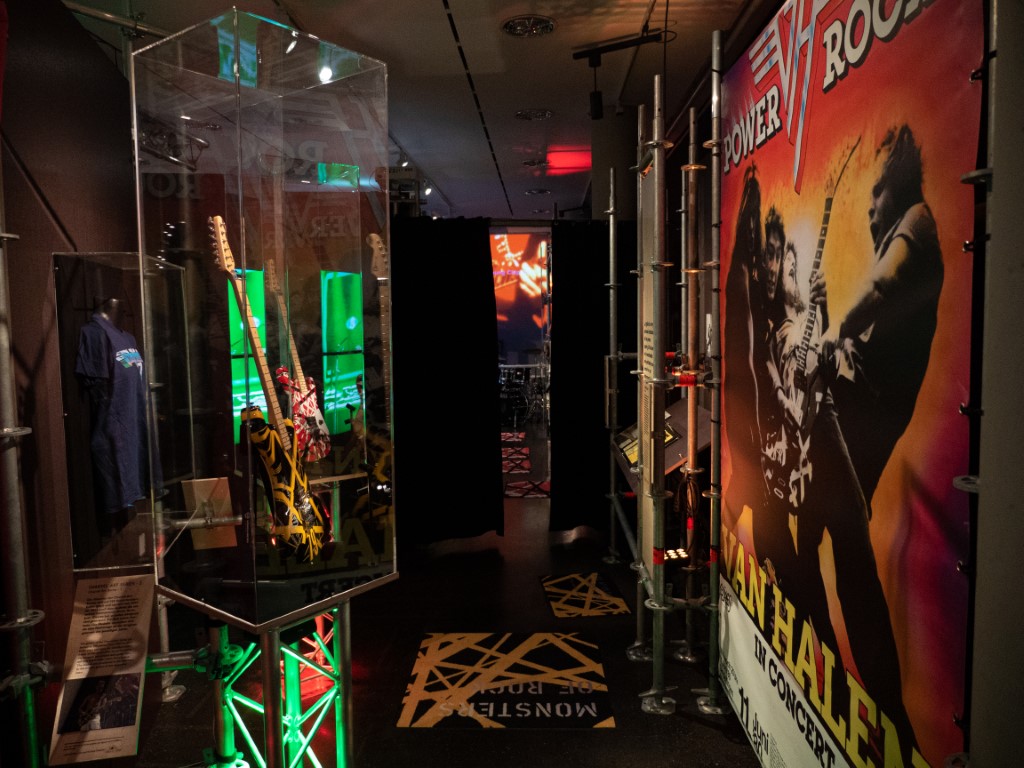